Well, last Thursday afternoon I was just recovering from a forest trip with fifteen four year olds, when I got a phone call...
"Hello, is that Samantha?"

" this is x factor, I'm pleased to tell you that you have been selected out of thousands of people to recieve tickets for our sunday live show"

"Is that when Robbie Williams is on?" I calmly asked

well at this point I nearly fainted, I had only applied for them a few days before, on behalf of my friend, & never expected to get them knowing what a popular show it would be, if I couldn't go, I would hand over the tickets, not that I could as I then found out..... the applicant has to be there...shame!

So off we went, early sunday morning as these tickets were stand by, not guaranteed entry so we would take it it turns to queue & go off in pairs to the local Mc Donalds for food & fa 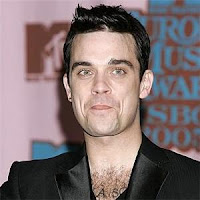 cilities! We got there at eleven in the morning, politely declined an interview with sky news about the sad passing of Boyzone singer Stephen Gately, I didn't really want to be on the television & failed to see why the british public would want to hear about my shock & sadness at the news, besides, there was no shortage of volunteers for them to point the microphones at! What I was shocked at, was that every time a black car, with blacked out windows (no big deal nowadays, my own car has these at the back) pulled up/slowed down near the studio, mayhem broke out, grown men & women hurled themselves into the road & path of passing traffic to get a glimpse of Robbie/Cheryl/Simon etc...these were not teenagers or children we're talking about...adults, I couldn't believe it!

Anyway, we pased the time chatting & waiting, eating & waiting until finally there was some movement, studio staff came out & counted, we felt sick waiting to find out if our day had been a complete waste of time or not...& phew, we were let in at about six thirty, hooray!

It was much smaller than it looks on tv inside & we saw loads of celebs milling around, Girls aloud were in the audience, baby spice Emma Bunton, someone called Chipmunk, who I didn't know but have since found out is at no.1 (thats how hip & trendy I am then :( ) & I said hello to Cheryl for my daughters, I couldn't get autographs but they were pleased that she'd said hello back. It was a lovely night, Robbie was fab, despite what rubbish is in the papers & we were very lucky to be there!....couldn't take pics though...never mind ♥
Posted by Sam at 5:15 PM

Well done Samantha, glad you enjoyed your day, back in 1963 I had gone to a Beatles concert with my cousin who was on the same bill, I was carrying Brians suit back to the car and got mobbed by screaming girls who believed that I was carrying a Beatles suit - it was frighting. nB all the suits used to look the same (beatle necks jacket worn with a polo neck)

Don't know who they are but congrats! How exciting to win something.

Sounds fantastic. I just wanted to pop by and say thank you for the mini ice-cream that came in the post yesterday. Very very cute!

Sounds like fun. Whenever I read what you write I get a little tinge of a feeling of missing England!